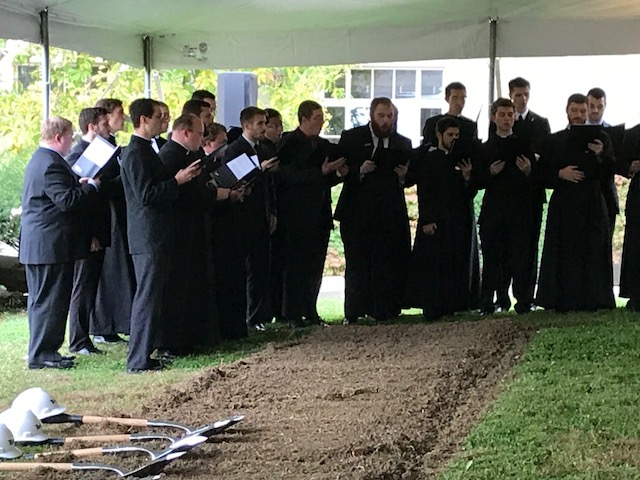 A week dedicated to prayers for vocations is under way, days after ground was broken on an $11.5 million residence hall to accommodate enrollment growth at Mount St. Mary’s Seminary of the West.

National Vocation Awareness Week, sponsored by the U.S. Conference of Catholic Bishops, is an annual event that began 41 years ago. The conference designated this as “a special time for parishes in the United States to actively foster and prayer for a culture of vocations to the priesthood, diaconate, and consecrated life.”

Activities in the Archdiocese of Cincinnati include: 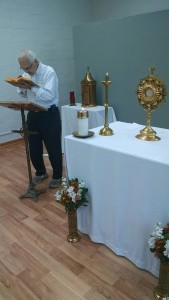 • A public novena for vocations, during which the entire Bible will be read aloud, is in progress through Sunday at St. James of the Valley Chapel, 411  Springfield Pike, Wyoming, Ohio. Led by the Serra Club of Cincinnati, the readings and prayers will take place from 8 a.m. to 8 p.m. each day. (In the photo at right, John Dietz reads from 2 Corinthians today as the novena continues.)

“The Serra Club of Cincinnati prays, educates, invites and affirms vocations to priesthood and religious life,” said Pamela Heckel, a St. James of the Valley parishioner and Serra Club member.

“Four years ago, we decided to read the entire Bible in nine days as an offering for vocations in May before the Ordination,” she said. “Heartened by the subsequent decision of the Pope Francis to canonize our patron Saint Junipero Serra, we decided to hold the second novena during vocations week. Last year, church leaders from Rwanda visited our Archdiocese during the third novena and an agreement was made to educate a Rwandan seminarian here. We thank the Lord for these blessings. Who knows what the Lord will do this year?”

She invited the public to join club members for  Mass at the Cathedral on the second and fourth Tuesdays of the month at 11:30 a.m., followed by lunch in the undercroft.

• Participation in Wednesday’s Statewide Day of Adoration for Vocations, with prayer before the Blessed Sacrament at 33 local sites. Among those a holy hour at the Cathedral of St. Peter in Chains beginning at 9:30 a.m., with Archbishop Dennis M. Schnurr presiding. A list of locations and times can be found here.

• Prayers before the Blessed Sacrament will be offered at two more sites on Thursday. St. Remy Catholic Church, 108 E. Main Street in Russia, Ohio, will host adoration from 9 a.m. to 8:30 p.m. The Children of Mary Sisters will hold a holy hour at Our Lady of the Holy Spirit Retreat Center, 5440 Moeller Ave., Norwood. 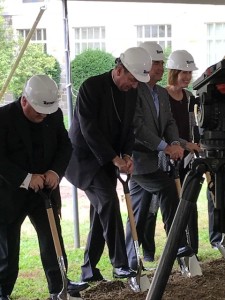 Last Thursday’s ceremonial groundbreaking at Mount St. Mary’s (video here) represented a “landmark moment in the long history of our seminary,” Archbishop Schnurr told the assembled crowd. “The new building is an expression of our gratitude to God for hearing our prayers for an increase of vocations and guiding us to a future of hope.”

Fenwick Hall, named for former Cincinnati Bishop Edward Dominic Fenwick and scheduled for completion in early 2019, is a monument to a continuing growth in vocations. Mount St. Mary’s has 82 seminarians this year, the largest enrollment in more than three decades, but the 88-year-old main building is designed to lodge only 76.

The seminary increased its endowment last year by $2.85 million for faculty and staff positions, thanks to benefactors of One Faith, One Hope, One Love. Nearly $389,000 from campaign donations went to the addition of faculty offices, renovations and building maintenance. In addition, campaign funds have allowed the Lay Pastoral Program to offer 50% tuition discounts for all students.

P.S. Speaking of vocations, last week the Catholic World Report profiled America’s first interracial cloistered community, the Dominican Monastery of St. Jude in Marbury, Alabama. The article took the form of a Q&A with Dominican Sister Mary Jordan, O.P., who grew up in Loveland as Ida Friemoth and whose attraction to her vocation was in part due to the witness of Dominican friars at St. Gertrude parish in Madeira. The article is here. Sister Mary Jordan also discusses her vocation in a video here.

Photos below: Sandra Sperber at St. James of the Valley  Chapel during the novena for vocations, and a rendering of the Athenaeum project. 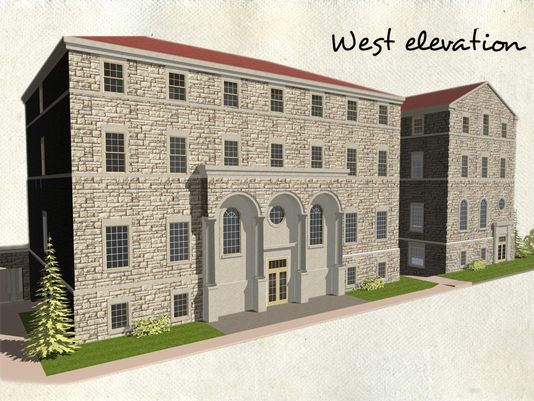 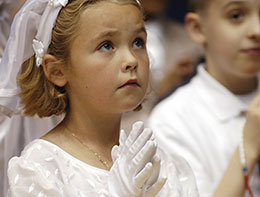 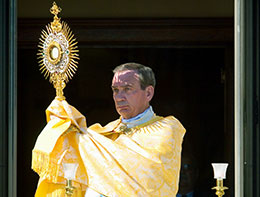